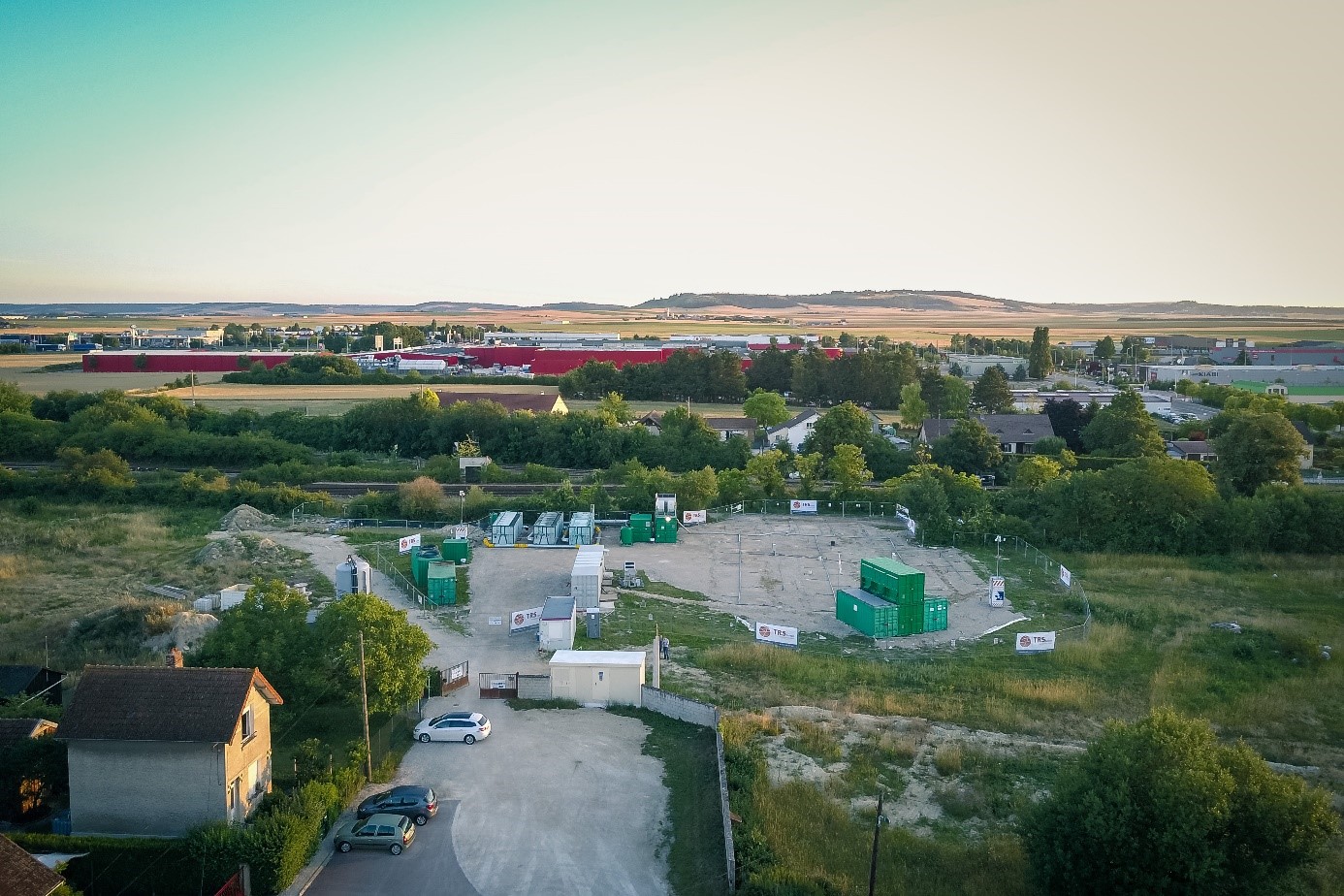 Challenge
It is almost as if there never was a factory situated on that stretch of undeveloped land in that small village in the North of France. And yet, the industrial activity in the second half of the previous century has clearly left its mark: Soil and Groundwater pollution. If the owner ever decides to sell his land, the only solution is:  Thermal remediation.

TRS Europe implemented an electrical resistance heating (ERH) guaranteed remediation to remove chlorinated solvents in the groundwater at an abandoned chemical storage & distribution facility near Troyes, France. The site was very heavily polluted with chlorinated solvents. The chlorinated solvents present were mainly tetrachloroethylene (PCE) and trichloroethylene (TCE). At the site non-aqueous phase liquid (DNAPL) was present. The original plan was to install a geohydrological barrier and control the groundwater contamination for a unlimited period of time. TRS Europe helped the owner end this distressing situation with a very robust and highly innovative solution; thermal remediation.

The goal of the ERH remediation was to take out the source zone and to reduce the chlorinated solvent concentrations in groundwater to 5% of the solubility values of PCE and TCE or below 10 mg/kg dm, whatever came first.

Solution
In total 52 electrodes where installed. The electrodes were co-located with 52 soil vapor recovery wells. To monitor temperature profiles 9 temperature monitor points were installed with in total 58 temperature sensors. Monitoring of the project was done by regularly sampling a total of 5 monitoring well locations with 3 wells each. Using the on-site PLC and telemetric system, all sensors were monitored in real time and data logging was completed.

During the ERH process the existing geohydrological barrier system was kept in place to reduce the groundwater flow speed and minimize the heat losses.

Figure 1 shows the site infrastructure as well as the above ground vapor and water treatment. Operations began early May 2017 and the ERH remediation was finished end of September 2017. The condensate and vapors were treated with granular activated carbon for a fixed price.

Results
During 142 days of operation a total of ca. 6,5 tons of pollutants were removed from the subsurface and treated by the vapor treatment system without exceeding the air emission limits. A final average soil concentration of 0,5 mg/kg dm and groundwater concentration of 14.240 µg/L were achieved, giving an overall estimated 49 kg of PCE remaining in the treatment volume. In soil 99,3-99,99% reduction of PCE was achieved.