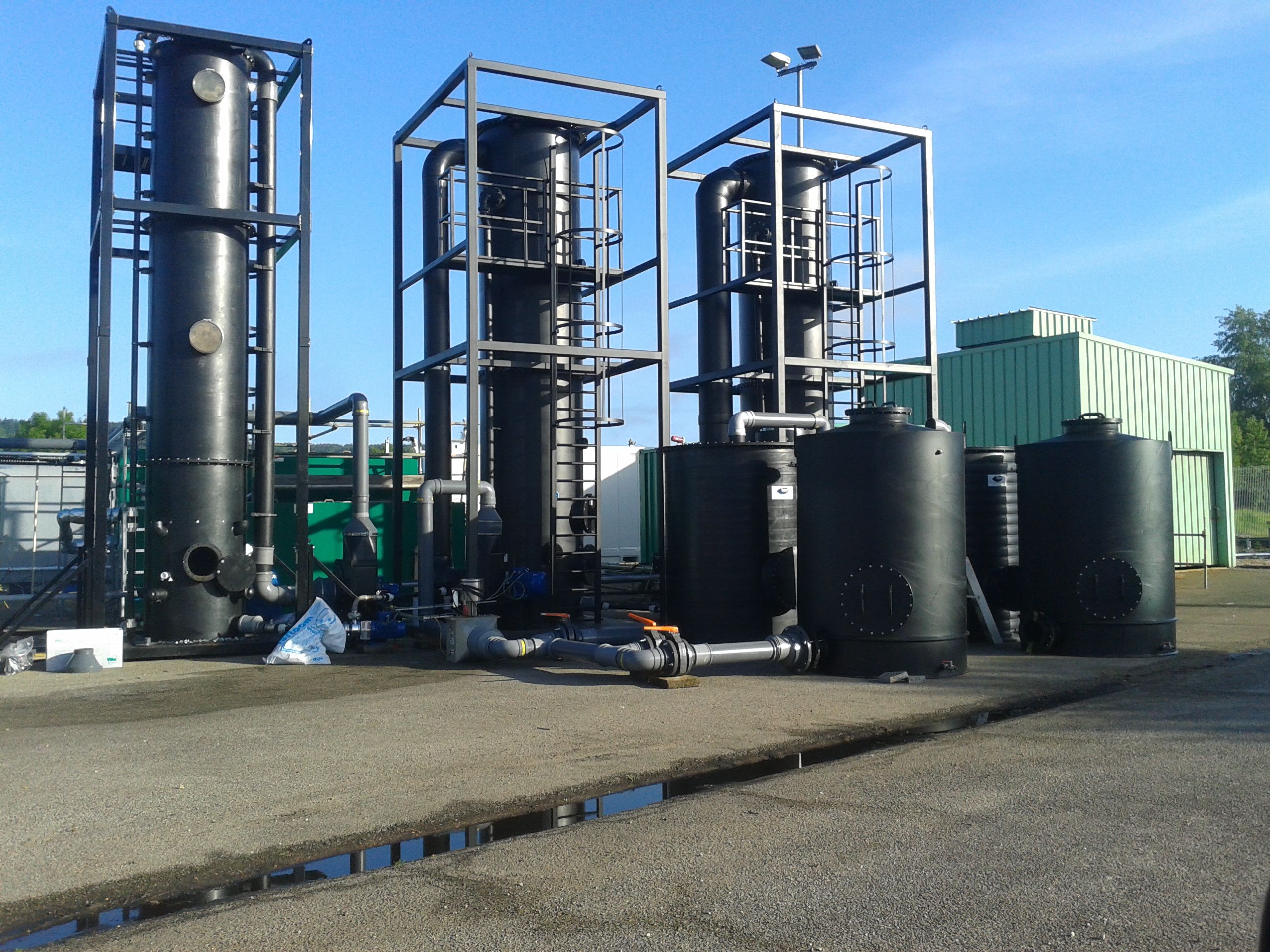 Challenge
In the 1990s, at a refinery in North Normandy in France that has been operating for more than 85 years, a number of accidents occurred on the site. These resulted in more than 15,000 m³ of pure product ending up in the soil. Due to the resulting ecological and human risks, between 1990 and 2008 in-situ remediation methods were employed to remove the bulk of contamination (approximately 12,000m³). Between 2008 and 2009, 16,000 m³ were removed during a second phase. Despite all this, the evaporation into the atmosphere remained a major risk. So in 2009 HMVT started a large-scale in-situ remediation project in order to clean up the mineral oils and hydrocarbons present. At the start, the contaminated region extended to an area of 22 hectares reaching depths of almost 2 metres in some locations!

Solution
At three sub-areas, HMVT installed a network of soil vapour extraction and multi-phase extraction (MPE) units along with skimming filters, in order to extract soil vapour, pure product and contaminated groundwater from the soil. In view of the volatility of the product, the entire installation was deployed according to ATEX guidelines. The extracted water and product were separated from one another using two large oil/water separators. The oil was then collected in a 120m³ collection tank, which was emptied periodically. The water was treated using a combination of techniques (bag-type filters, sand filter & coalescence) and three stripping towers. Contaminated vapours were treated using a CatOx (1,500 m³/hour). The remaining water was discharged into the river. During the remediation work, HMVT deployed a hydraulic control unit that had a flow rate of 500 m³/hour.

Results
From 2009 through 2013, a total of more than 2,500 m³ of product was removed and treated. Skimming turned out to be the most effective extraction method at this site: on some days more than 4,000 litres of product were extracted. We were also able to have the extracted product purchased at a price per litre. A win-win situation.