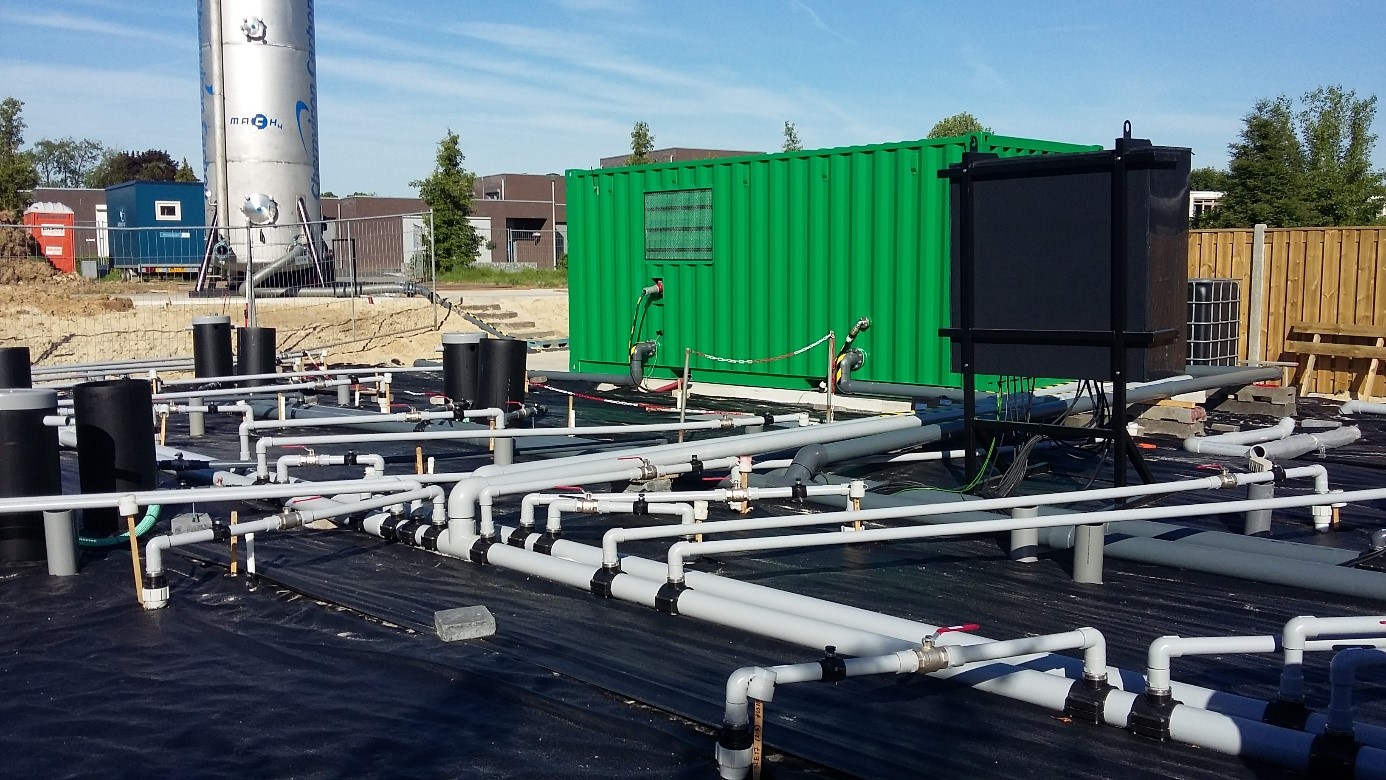 Challenge
The spread of volatile chlorinated hydrocarbons (also known as VOCl) in the soil is a complex process. This results in an unpredictable as well as considerable strain on the soil and groundwater with all the associated risks for the environment. At the site of the project in Hoensbroek, the deep groundwater level of more than 15m below ground level and the soil composition consisting of sand and loam further contribute to the complexity. It was, for example, not clear how the spread to the groundwater actually occurred. What’s more, there was uncertainty regarding the VOCl contamination load in the soil. It was from this starting point that we put together a remediation approach that would deal with the still existing uncertainties as well as give the customer confidence that the soil contamination would be resolved.

Solution
To deal with the soil contamination at the site we opted for a combination of techniques. The hotspots in the upper layer of the soil were excavated. We cleaned up the groundwater using in-situ chemical oxidation. The largest part of the unsaturated zone was tackled with a thermal technique in combination with soil vapour extraction. We opted for this approach to the unsaturated zone for a number of reasons. The heating up of the soil would lead to an increase in the vapour pressure of the VOCl components, increasing their availability for the soil vapour extraction. Specifically, for tetrachloroethene the vapour pressure at 50 °C is greater at a factor of 6 than at a normal soil temperature of 10 °C. This means that the contamination is released from the soil much more easily and can be removed with soil vapour extraction. This is crucial, particularly for the contamination in the loam layers of the soil; without the heating up process, soil vapour extraction has an insufficient remediation effect in these layers. In order to carry out the thermal remediation, it was decided to inject hot air into the unsaturated zone. The injected hot air has a temperature of 400-600 °C. Upon installation of this system, direct analyses of the soil were carried out whereby the actual extent of the contamination was determined. In this way, the system was able to deal fully with the contamination.

Results
The in-situ thermal remediation works started in May 2017. Within a period of six weeks the temperature in the unsaturated soil went up to above 60 °C. The effect of the heating up on the release of the VOCl load from the soil vapour is impressive. Within a period of 6 months, more than 4,000 kg VOCl were removed from the soil. By the time the remediation was completed at the end of 2018 this had increased to over 6,000 kg VOCl. The groundwater remediation using ISCO started in January 2018. After carrying out 1 injection round, the goal in the groundwater had already largely been achieved. This is highly likely to be the result of the thorough approach to the unsaturated zone, stopping any contamination getting into the groundwater.

The use of in-situ thermal techniques at the site has resulted in a rapid and thorough treatment of the soil contamination. Despite the problematic soil composition and certainty regarding the extent of the contamination the aims were achieved within the required time frame.