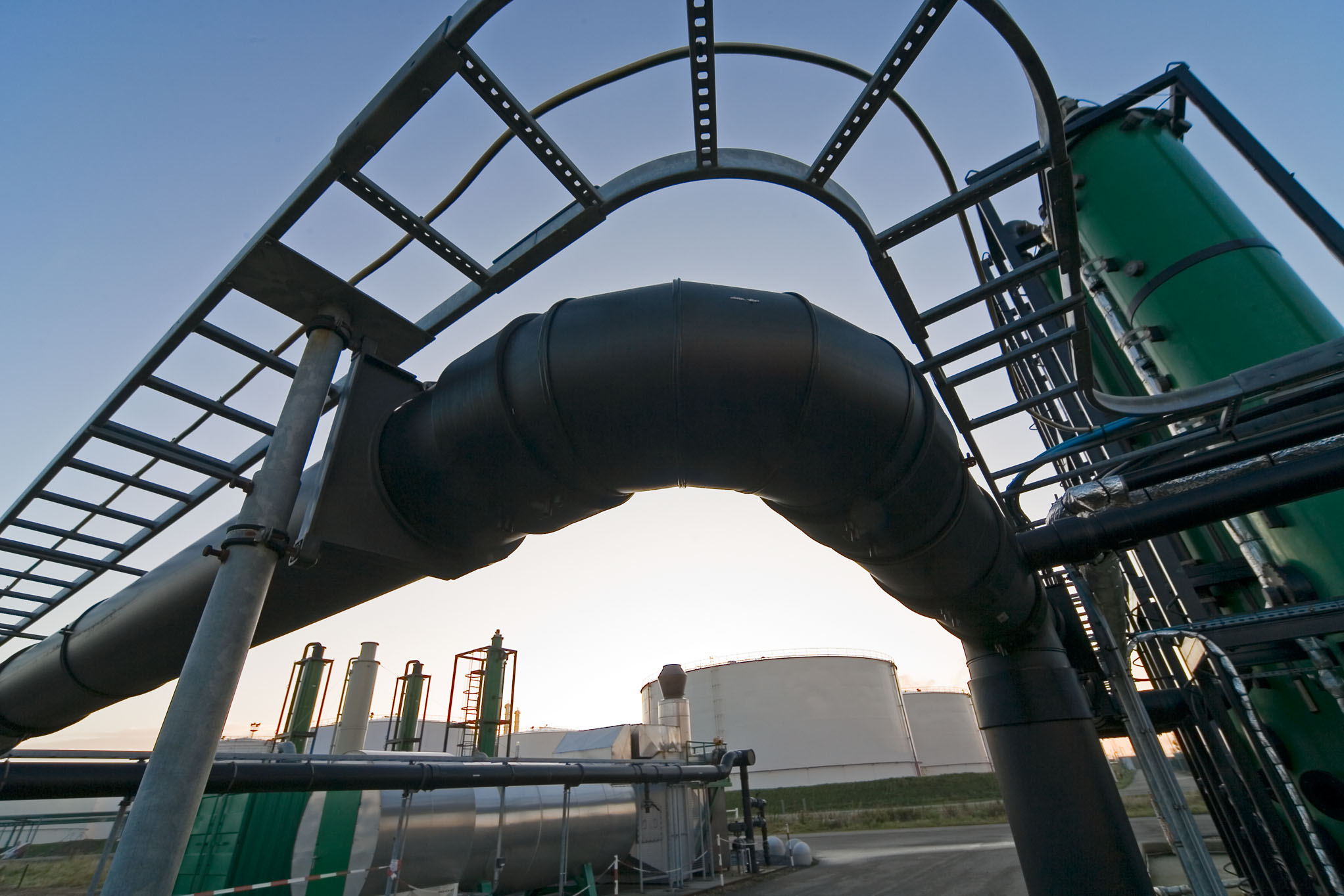 Challenge
At the end of 1999, HMVT was asked how an extremely extensive NAPL layer under an existing industrial storage location and pump station could be cleaned up. The NAPL layer consisted of a combination of naphtha and diesel, and was the result of leakages from an underground pipeline and from storage tanks. In total, the NAPL layer concerned approx. 1,000 m³ of product, spread over a surface area of approx. 23,000 m².

Solution
The NAPL layer was located below the existing infrastructure of the pump station, pipelines and storage tanks. It was, of course, not possible to halt operations, demolish the installations and then remove the contamination through excavation. We therefore opted for an in-situ remediation solution. The contractor was selected based on a combination of quality, guarantees and pricing. Based on our own practical experiences we opted for a highly intensive approach with combined techniques. The remediation consisted of three phases:

The released water and product flows were purified using a water purification system consisting of two oil-water separators, a pure product storage tank, three stripping towers placed in series, two biorotors placed in series, activated carbon and a sediment pond. The purified water was then discharged into the sewerage system. The installation had a capacity of 25 m³/ hour.

As naphtha is highly volatile, a great deal of the contamination was released as vapour. These vapours were purified using an incinerator with a heat exchanger that had a capacity of 6,500 m³/hour.

Phase 2
After the first two years, air sparging was started up as well. With this technique, much of the remaining NAPL layer that was difficult to mobilise using extraction, was removed after all. During this phase the other systems also remained operational. This phase lasted approximately 4 years (2004-2008). Since 2008, half of the MPE filters have been used for air sparging. The focus of the project is slowly changing from the mobilisation of product to the stimulation of natural degradation.

Results
Since the start of the project, some 1,200 tonnes of product have been removed by means of the in-situ system:
• 750 tonnes of pure oil / NAPL layer
• 350 tonnes of vapours

Through the deep NAPL layer remediation (excavation), some 3,000 tonnes of contaminated soil have been removed. No load removal has been linked to the soil remediation.