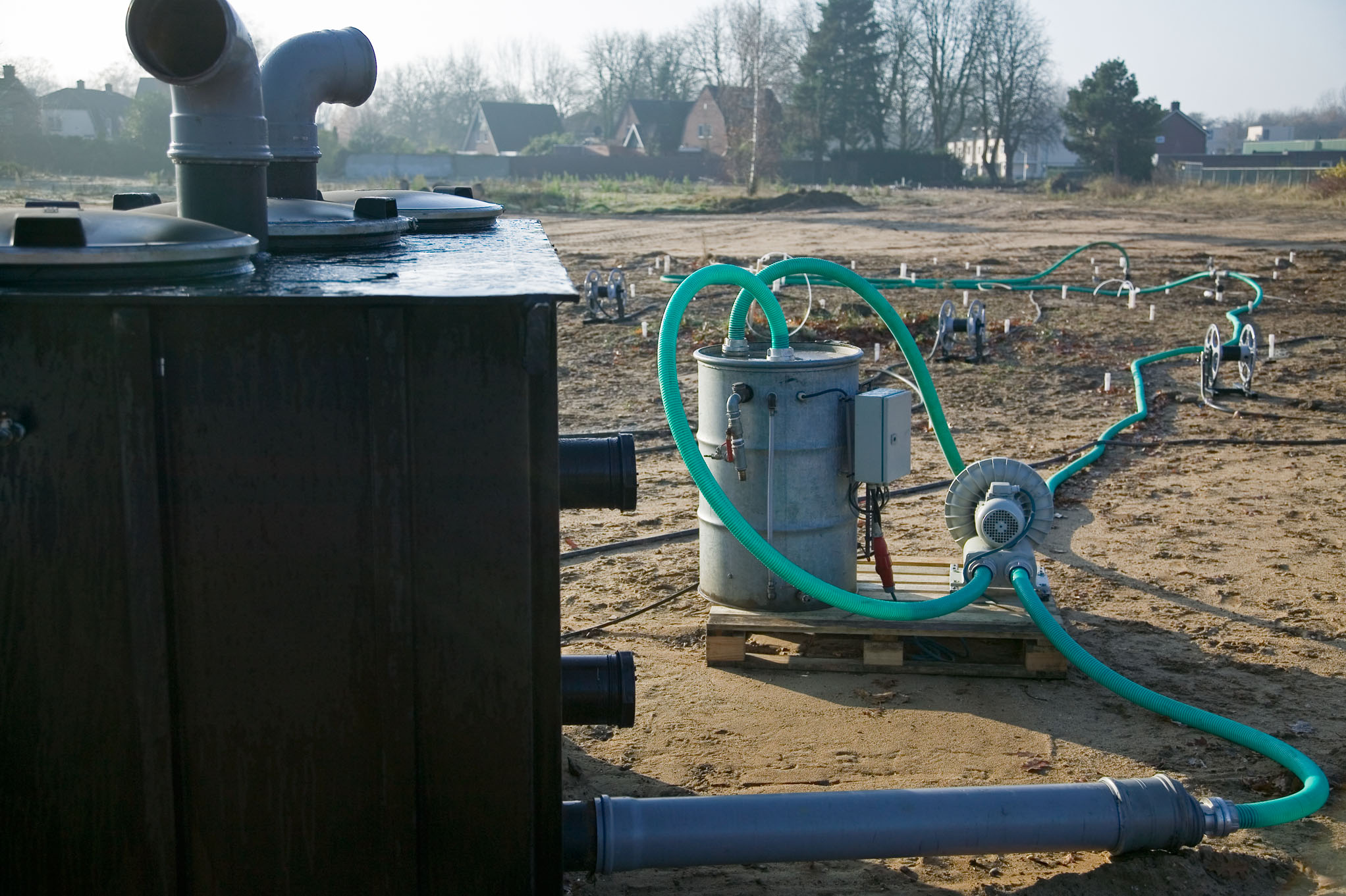 On a former chemical plant, soil, soil vapour and groundwater are heavily polluted with mineral oils and chlorinated hydrocarbons. Now the activities are stopped, the above ground infrastructures are removed. Since the site is near to a residential area and the chlorinated solvents flow slowly towards the Seine Delta, remedial action is been taken.

On the site there is a mineral oil spot present which is been removed by classical excavation. In total 1.200 m³ of polluted soils are been treated on-site in biopiles. The main pollution on the site is formed by the chlorinated hydrocarbons. It is been decided that the unsaturated zone will be remediated by Soil Vapour Extraction (SVE). The depth of the unsaturated zone is 4-5 m-bs.

The SVE system contains ca. 135 Soil Vapour Extraction Wells to remediate three source zones contaminated with the chlorinated solvents. These Wells are via piping connected to a central located SVE system. The SVE system contains of manifolds with ca. 40 connections, automated valves and two SVE systems with each a capacity of approx. 250 Nm³/hr.

The SVE system is started at the beginning of May 2014.

The systems operates completely autonomous via a PLC system and telemetric access. The picture below shows the construction of the SVE manifolds in the central SVE unit.

Since the start of the SVE we extract at a constant rate approx. 20 kg of chlorinated solvents per day.